The gold price has moved significantly higher over the last 4 trading sessions on the back of US president Donald Trump’s trip to Asia as well as political turmoil for the president back home.

Many believed that Trump would use a soft tone when addressing American allies in Asia about North Korea but instead he did completely the opposite, bringing the 2 sides closer to war which has seen investors fleeing to the safe haven of gold over the last week.

Trumps Republican Party was also trampled in local elections over the past few days and his tax reform is also on the rocks, threatening to fall apart.

All of these things combined should be positive for gold as we head into the New Year.

“I think 2018 is going to be a good year for gold, and it should shine bright in the New Year,” said Phil Flynn, senior analyst with Price Futures Group

“Yes, the Fed will have to raise rates, growth remains higher than trend, but this is becoming true elsewhere,” said analysts from Macquarie bank.

“Crucially we think the dollar is more likely to weaken than strengthen [and] pre-2014 levels are perfectly achievable. And political risk factors, an unpopular president unable to match up to his domestic promises and facing complex and potentially unsolvable foreign problems, are also be in gold’s favor.” They added

From a technical point of view gold also looks to be in good shape and as we reported last week, we believe that a double bottom has formed as is shown on the chart. Resistance may be found at the $1,290 level but is not expected to last. 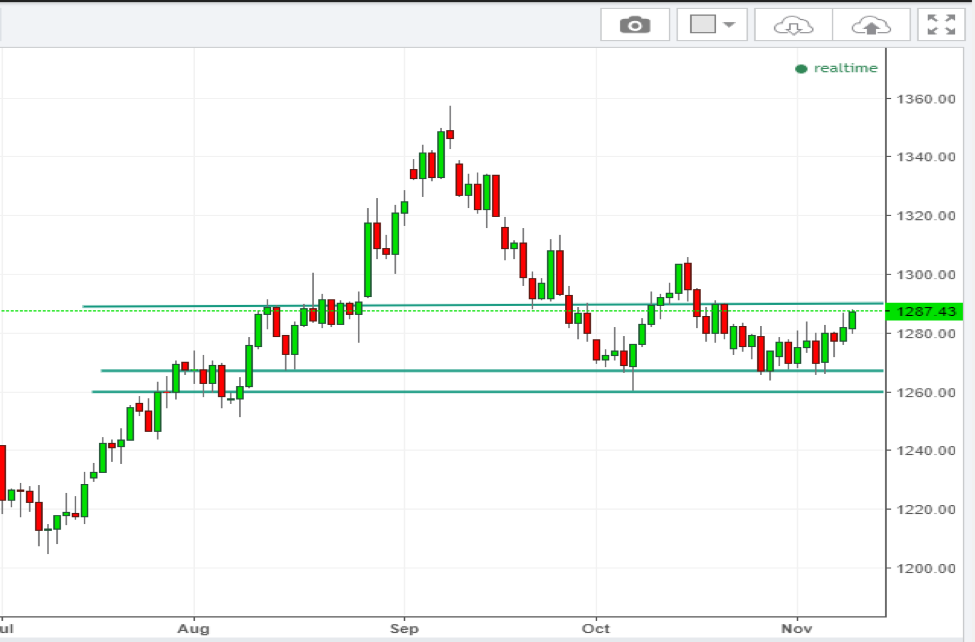